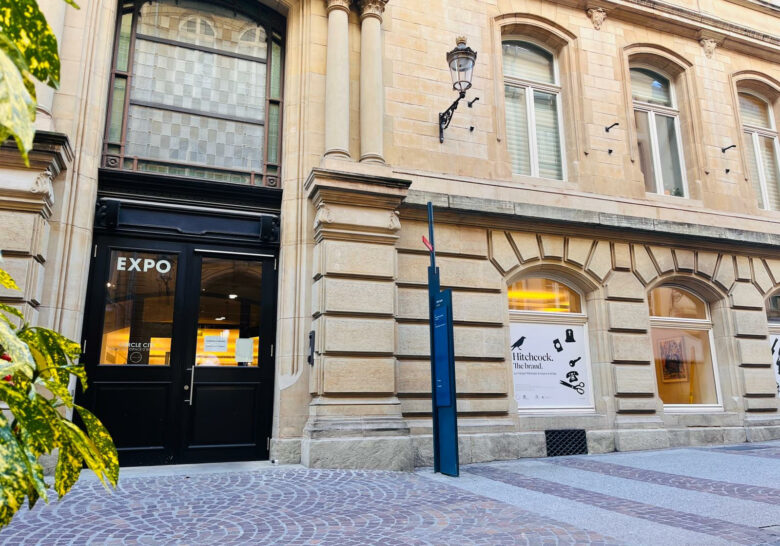 The Cercle Cité was constructed as an administrative building by the city of Luxembourg and over the years it became a convention and exhibition center. The building looks very nice from the outside with a fresco representing the granting of the city charter to Luxembourg City, but it is even more spectacular from the inside with beautiful antique chandeliers hanging on the ceilings and the old wooden floors.

The Ratskeller is an exhibition space that is part of the Cercle cité building and hosts temporary exhibitions. What makes it particular is that the exhibitions are very diversified and multicultural. One of my favorite exhibitions was one of the pictures of the city in black and white, taken by Luxembourgish photographers in the sixties and seventies. The new exhibition “Hitchcock. The brand. ” runs from February 11th to April 10th 2022, presenting Alfred Hitchcock as one of the biggest film directors in the world. The exhibition tells how Alfred Hitchcock got people to go to see a movie at the cinema, not because of the film stars playing in the movie, but because of its director.