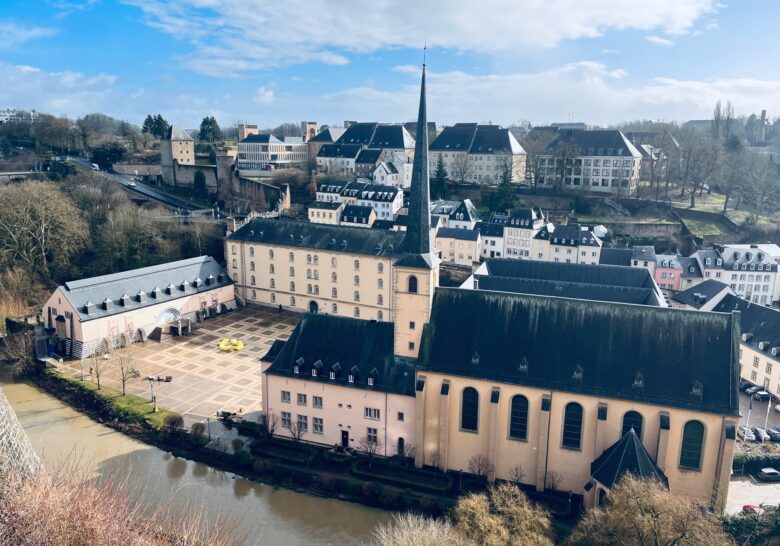 Neimenster Abbey was built in 1606 and later became a prison. One of its best-known prisoners (for political resistance to the Nazi occupation of Luxembourg) was the Luxembourgish sculptor Lucien Wercollier. The cloister in the abbey, offering a beautiful view of its garden, was named after him and you will still find his sculptures as a permanent exhibition in the abbey.

Today, Neimenster offers a large range of events:  open-air concerts during the summer, classic and jazz concerts, exhibitions, seminars, theatre, movie/documentary projections, and even Minimenster, a program dedicated to kids.

Personally, I love the open-air concerts above all, hearing some beautiful music while being in the courtyard of the abbey, surrounded by the illuminated walls of the fortress, the rocks with their tunnels, and the Alzette river, producing a unique sound and atmosphere.

At the reception, you can find some nice postcards made by Luxembourgish artists, some liquors and honey from Luxembourg. The brasserie Neumünster, where you can also have lunch or brunch on Sundays, is currently closed until summer 2022 for renovation works.