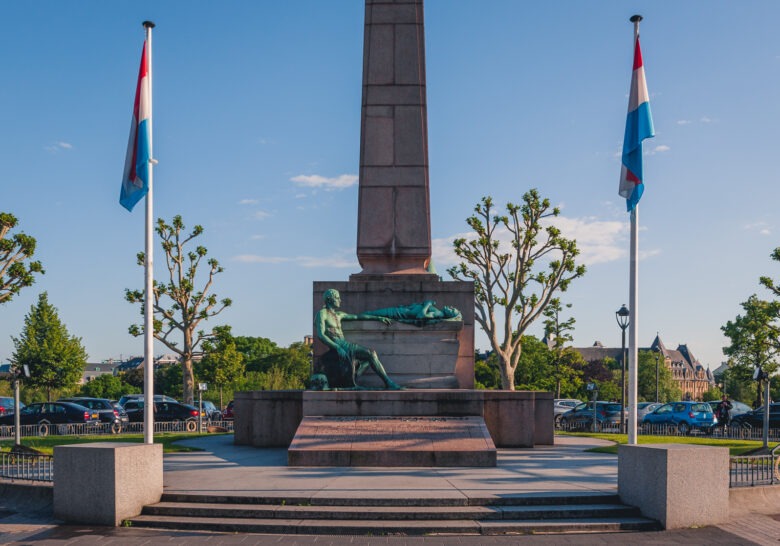 La Place de la Constitution, or you can call it “the famous square with the golden statue”, is one of the great meeting points in Luxembourg City. Here, locals and tourists bump into each other either on a normal day during the week or even at events that take place there like the famous Marché de Noel (between November and January – A MUST SEE).

The square has several attractions, including the beautiful monument “Gëlle Fra”, a golden statue at the top and two others (below) in old green, it was built in 1923 to honor the Luxembourgish volunteer soldiers who fought alongside the French army during the war.

The square is located at the top of Luxembourg City and because of that you can enjoy one of the most privileged views of the capital. It is breathtaking to watch sunset behind the imposing Spuerkess State Bank building lightly covered by the giant trees of the Pétrusse River Valley and the iconic Adolphe bridge. And for those who love flags, like me, the square has several from Luxembourg and the European Union. It’s a real postcard.

Visiting the Place is a must in Luxembourg, regardless of the time of year, but as a photographer, I prefer to photograph the intense and joyful colors of spring and the reddish-orange tones of bucolic autumn. It is fascinating!